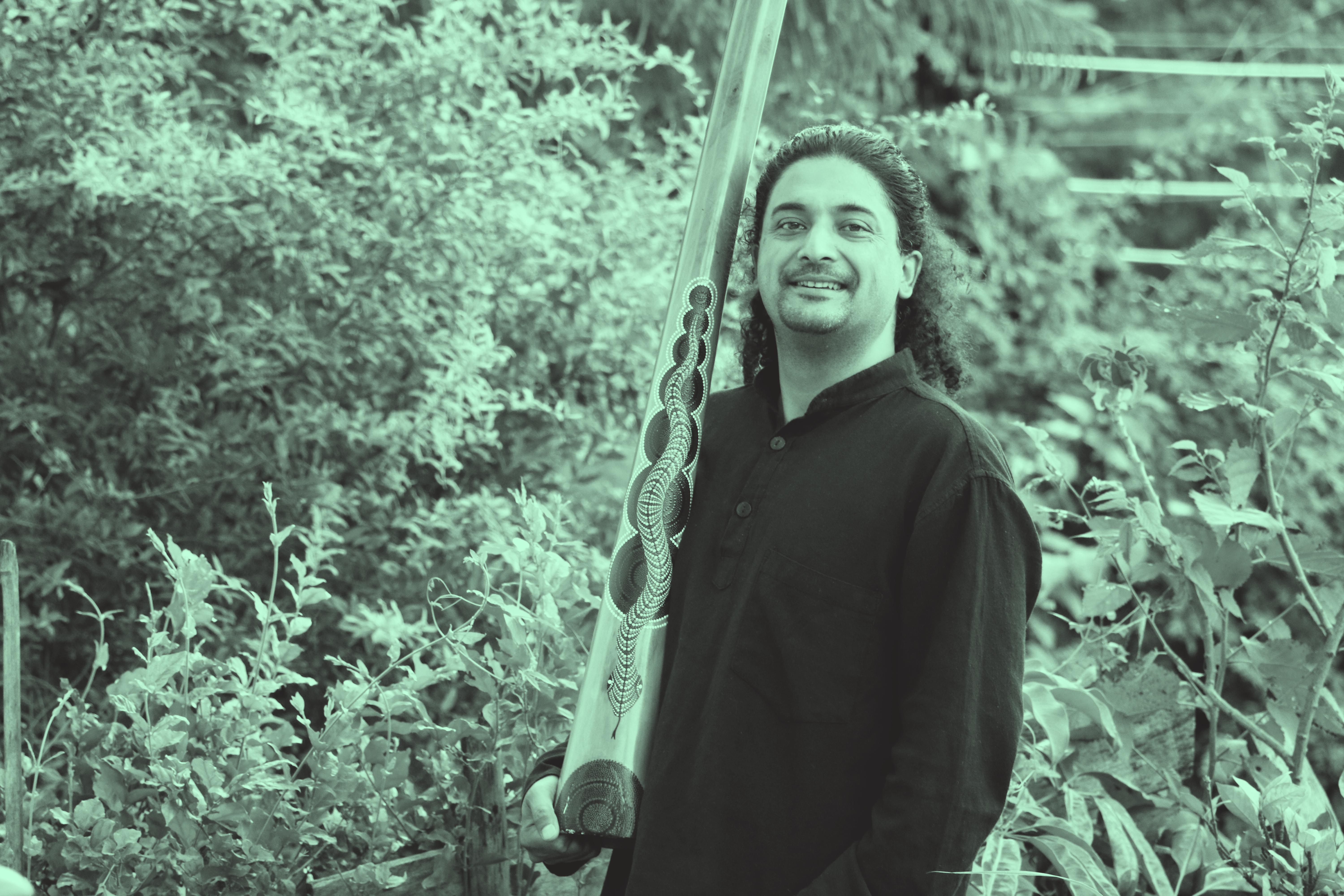 Salil Subedi is a pioneer didgeridoo player from Nepal who has explored the ancient wind instrument’s potential beyond music and employed it in theatre, performance art, sound art, and social and public art for educational, social and cultural causes.

His central theme with didgeridoo has mostly been nature, wildlife and spirituality. Salil gives healing, meditational and ritual experiences as well as teaches his form.

Apart from didgeridoo, unknown to the public, Salil is a singer songwriter and multi instrumentalist.

After a long gap of public performances he is soon coming out with his other instrumental forms.

As for the Drumjatra, he is presenting his unique styles and stylized forms of didgeridoo playing as a percussive and rhythmic instrument, revealing the versatile nature of both the instrument and the performer in him.