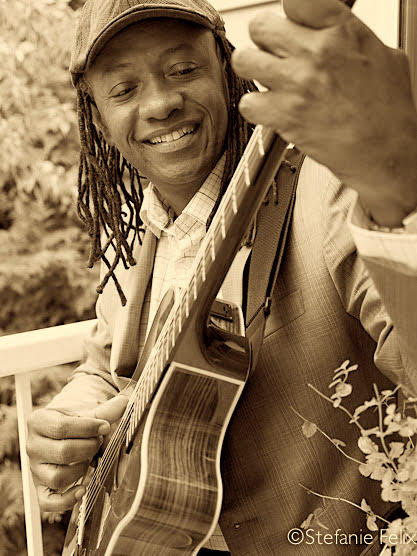 A native of Salvador, Bahia, Brazil, Eduardo has shared international stages with legendary Brazilian musicians Geraldo Azevedo, Alcione, and Jorge Ben Jor. Mendonça was the opening act for renowned musicians such as Guilherme Arantes and Ana Carolina. Eduardo has performed for many notable personalities, including the 14th Dalai Lama, Pope John Paul II, and former South Africa President Nelson Mandela, and he was featured in the PBS American Masters documentary, Paul Simon: Born at the Right Time.

Eduardo brings a wealth of experience to his wide-ranging musical endeavors. A variety of musical fusions represented throughout and between the Americas as evidenced in five CDs: “Steps” (2016), “Brazil and Me” (2009), Dois em 1” (2009), “Brazil in Washington” (2003); and “Show Brazil” (1997), where his talents as a performer (guitar, vocals, and percussion), composer, and arranger shine.
Eduardo is CEO, President and Co-Founder for Brazil Center and BrasilFest, and the Music Director for iBuildBridges Foundation from Washington D.C.