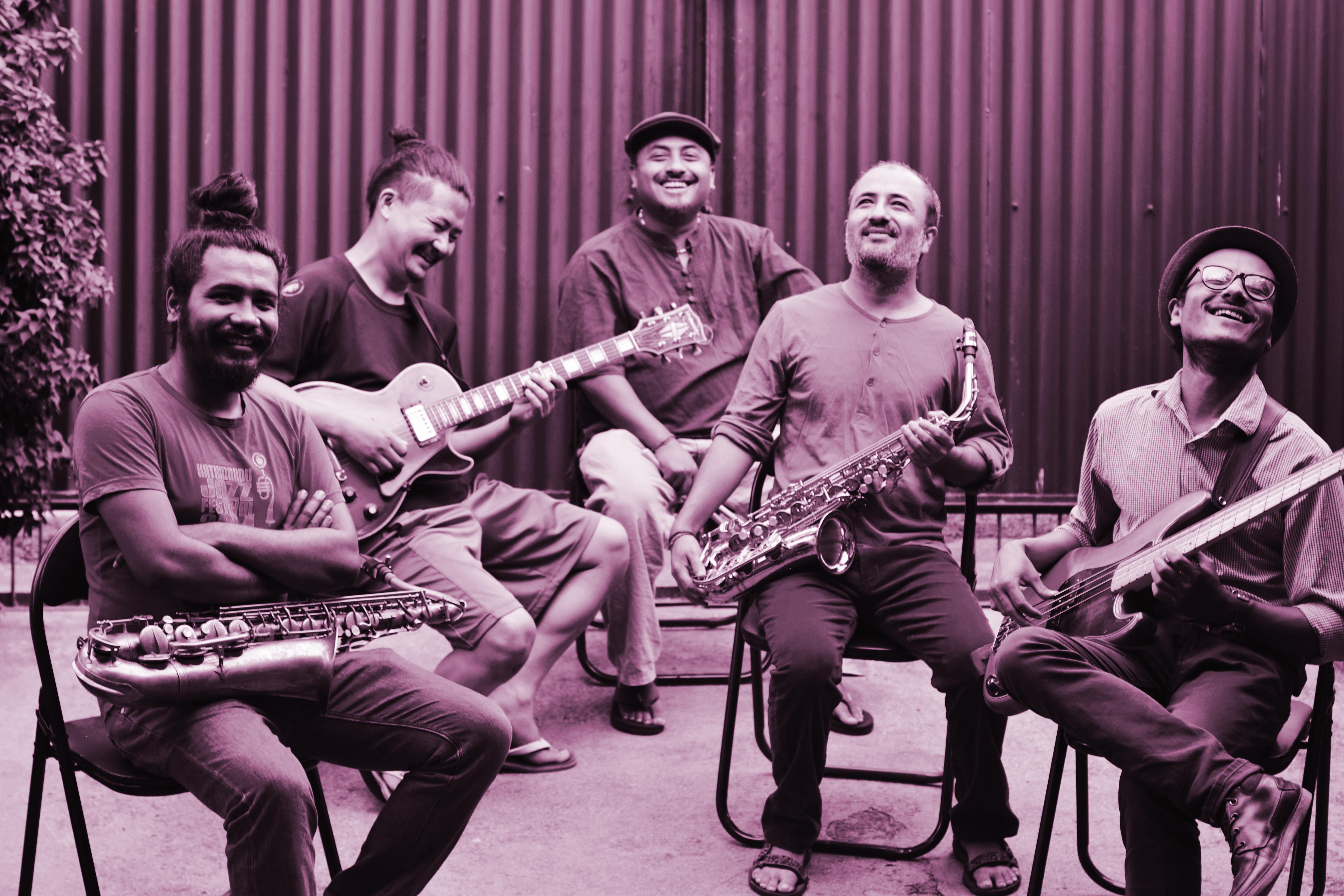 Cadenza Collective, headed by the drummer and composer Navin Chettri, is one of the most unique and eclectic bands to emerge from Kathmandu.

From a humble beginning in the early 1990s as a rock, funk and reggae outfit, Cadenza went on to become among the first bands to experiment with jazz in Nepal.

Today, the group moves seamlessly across jazz, afro-funk and Nepali folk music, creating a genre-bending sound that’s irresistible to the ears and the booty.

In addition to pumping vitality into the improvised music scene in Nepal, Cadenza has played across the world and collaborated with a long list of both Western and traditional Nepali musicians.

With five albums of original music already to its name—including the acclaimed “Back to the Roots”—the band has recently been hard at work on a new album, scheduled for released in the spring.