Warning: "continue" targeting switch is equivalent to "break". Did you mean to use "continue 2"? in /homepages/26/d595018428/htdocs/clickandbuilds/DrumJatra/wp-content/themes/Divi/includes/builder/functions.php on line 5917
 Kathmandu Baja Puca | Drum Jatra
info@drumjatra.com 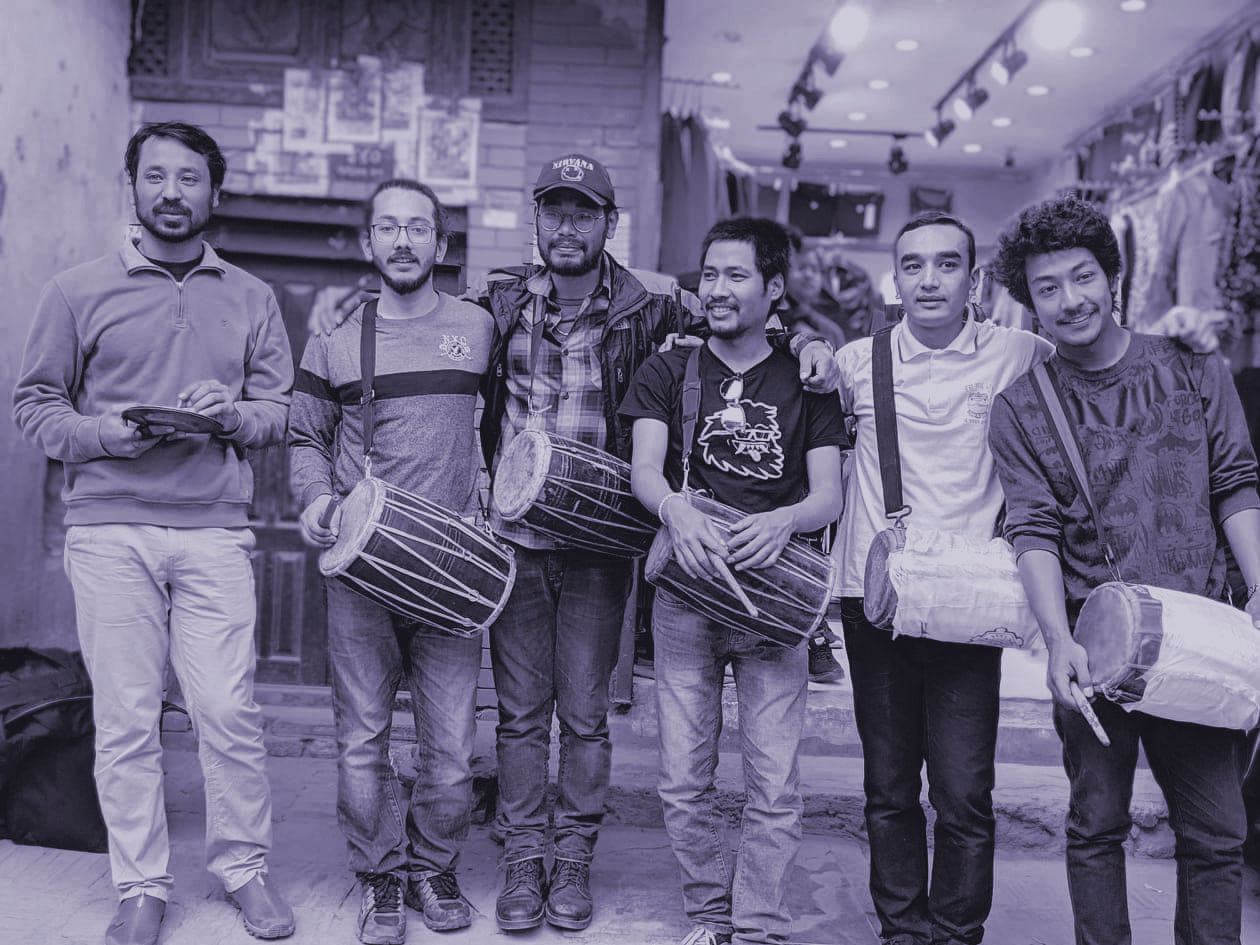 Kathmandu Baja Puca is a young group performing in the Naykhibaja tradition.

The Nay refers to the Newar butchers, with whom the tradition originated; khi means a drum in the Newari language, and baja denotes an instrument or musical ensemble.

The butchers were considered untouchable in traditional Newari society, and their musical legacy was forgotten as recent generations rejected Naykhibaja because of the caste stigma attached to it.

Today, Kathmandu Baja Puca performs the recovered Naykhibaja repertoire with pride, and is determined to preserve it for the future.

The group was co-founded in 2018 by Abhaya Krishna Shrestha, who revived the Naykhibaja tradition.